Moringa -- what it really is? 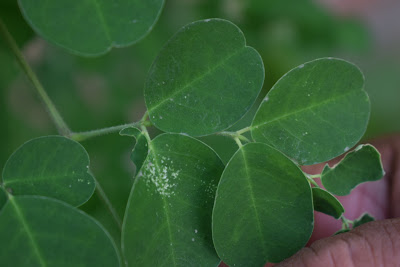 Moringa, stemming from the flowering plant family, Moringaceae, derives its name from muringa, the Tamil word for drumstick. It contains thirteen species ranging from small herbs to tall trees, found in subtropical and tropical areas of the world, with its appearance being similar to that of shrub with fast growing and drought resistant qualities. Further to this, it is known by natives as ‘The Tree of Life’ as each and every part of the tree can utilized in one way or another, from the seeds, to the pods, to the flowers, to the leaves and much, much more!
In terms of its history, the Moringa plant was highly valued in the ancient world, with the Egyptians, Greeks and Romans using the seeds of the plant to extract edible oil, in order for it to be utilized in the making of perfume and skin lotion. Furthermore, in the nineteenth century, Moringa plantations in the West Indies aided the export of oil to Europe for perfumes, as previously used, and lubricant for machineries.
In more recent times, the most widely cultivated species is the Moringa Oleifera, commonly termed as Moringa, also known as drumstick tree or horseradish tree, which originates from the sub Himalayas of India. It is cultivated in tropical and subtropical areas with particular states in India, including Andhra Pradesh followed by Karnataka and Tamil Nadu, aiding the country in being its largest producer. It’s further cultivated in the tropical and subtropical areas of Africa, South America and its native, Asia.
As mentioned previously, other than the most common, Moringa Oleifera, twelve more species of the said plant exist all over the world, which are as follows:

Grown in various parts of the world, the Moringa tree can be cultivated in a wide range of soil conditions, however the preference is of loamy soil (contains a small amount of organic material, with the mineral in a loam soil ideally being around 40% sand, 40% silt and 20% clay by weight) or well drained sandy soil. Furthermore, this particular plant is suitable for the dry regions, as it is a plant which thrives on heat, thus it does not require expansive irrigation techniques and can be grown through utilizing rainwater.


The variations in the Moringa plant are further diversified in terms of dried moringa and fresh moringa, with the former being an output of the latter i.e. fresh moringa is ‘chamber dried’ in order to generate the dried moringa leaf.