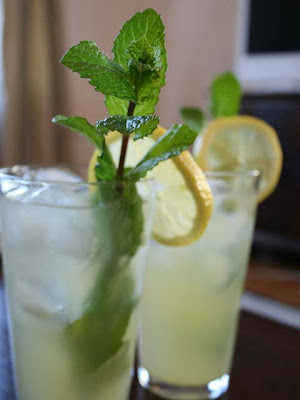 Ingredients:
Lemons 2 large
Sugar ½ cup
Soda water 2 cups
Ice cubes as much required
Method:
Grate the lemons to get lemon rinds and put in a large pitcher/jug. Cut each lemon in half and squeeze out the juice, pour it in the pitcher, adding sugar with it. Dissolve the sugar completely, and add the soda water. Add crushed ice, and serve garnished with mint leaves & lemon slices!

*The picture is not original, it has been google-d. 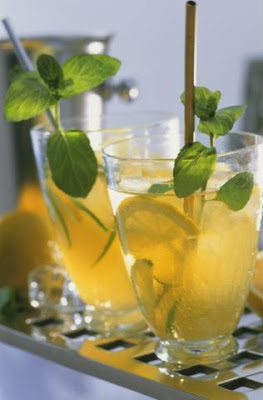 *The picture is not original, it has been google-d.
Posted by Tehniat Aftab 1 comment: 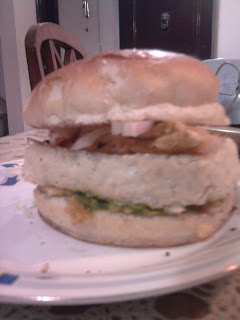 Method:
For the chutney, blend all the ingredients. Boil the lentil (daal) with 1 cup water, salt, chili powder, white and black cumin till tender and water dries.
Cool and grind and mix with mashed potatoes, make flat kebabs *dipped in beaten eggs whites and shallow fry.  Cut the bun in threes (horizontally) heat it on tava (flat hot iron plate) with little oil. Assemble it; Put the kebab on the first bun slice, with salad leaves, chutney and onions, closing it with the second slice. To fill the third slice, make an omelet (with salt and red chili only), sliced cucumber and tomato pieces. Ready to serve!
*Optional
Note: Make sure you get those Bun Kebab buns from a local (desi) bakery. The big large ones. 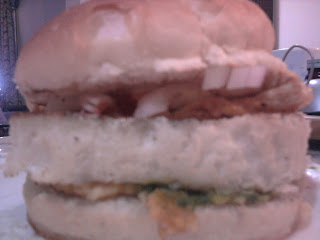 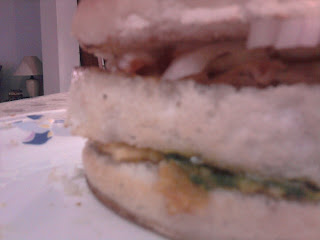 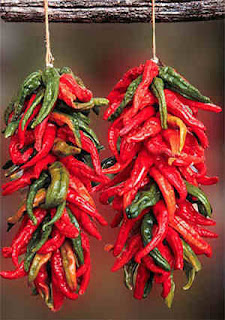 Even the most fiery chili pepper gets all the heat from no more than 0.1 percent of the fruit. The burning taste comes from a chemical called capsicin, of which only a trace is needed to cause an unwary diner to grab for water.
Chillies are the berries of a species of the potato family, Capsicum Annum. The species include both the small hot types such as the red Tabasco pepper, and the large red and green sweet peppers. Hot peppers dried and crushed yield Cayenne Pepper. Sweet Peppers are used to make Paprika.
The species is native to the Americas, but the largest crops by far are now grown in India.
Posted by Tehniat Aftab 1 comment: