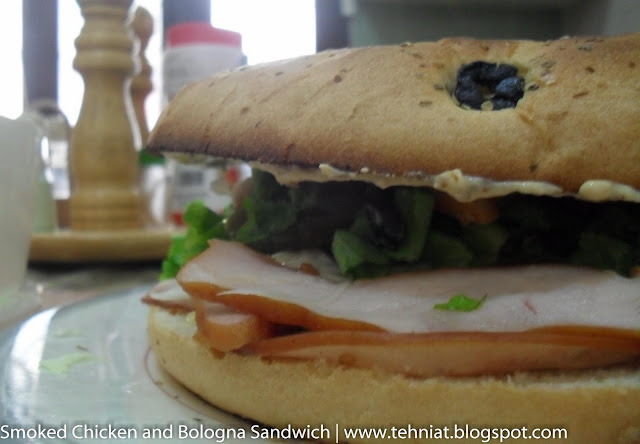 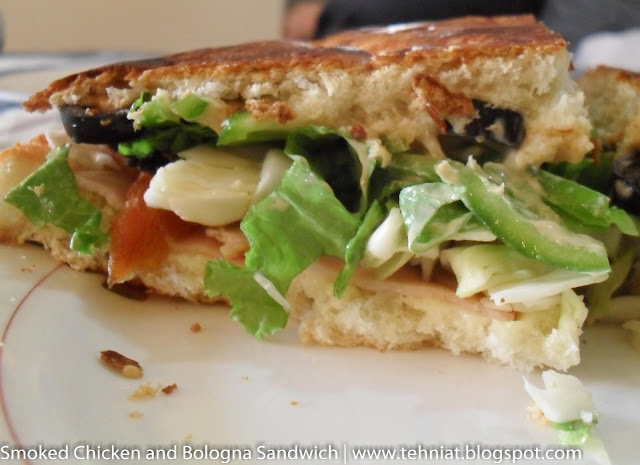 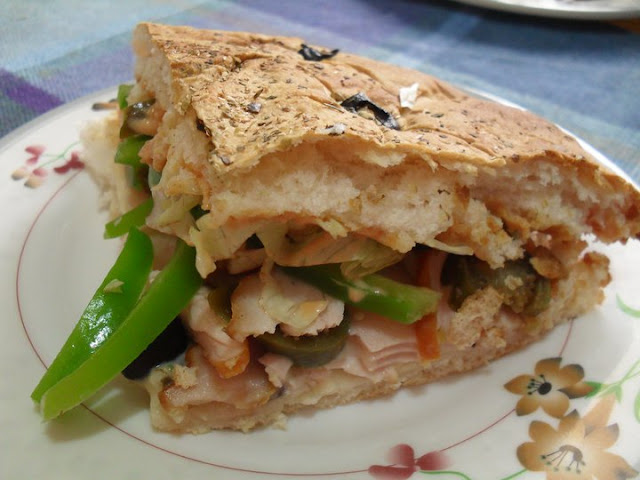 Slice the bread from the middle and lay 2-4 cheese slices on it. Pre-heat the oven and toast it for 5 minutes. Now put the smoked chicken strips, the bologna, all the sliced and julienne veggies one by one. Mix all the dip/sauce ingredients together and spread it on the other half of the bread. Close the sandwich, cut in quarters and serve! Easy peasy!


*You can even add sliced tomatoes, or cabbage, or sausages, or spicy chicken chunks. Add or eliminate anything you like or dislike. It's all about the flavors you like.
Posted by Tehniat Aftab 7 comments:

The Lime Tree at Kuch Khaas

Kuch Khaas, being the center for ‘art, culture and dialogue’ in Islamabad, one would expect nothing less out of the Cafe, recently opened ‘The Lime Tree’. It’s like an extension of Kuch Khaas, with food. 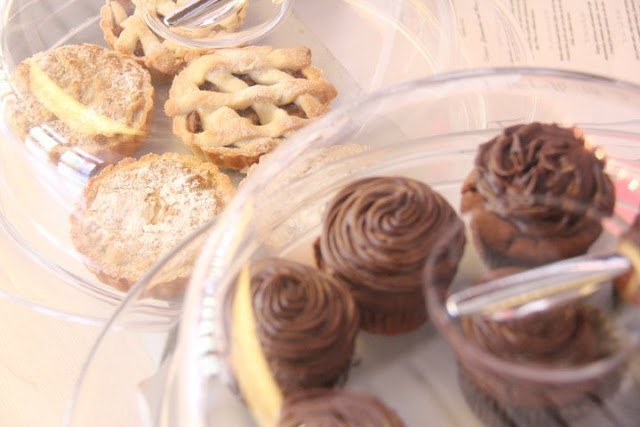 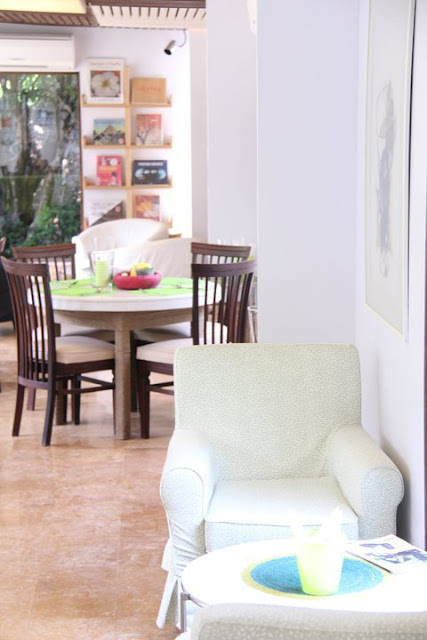 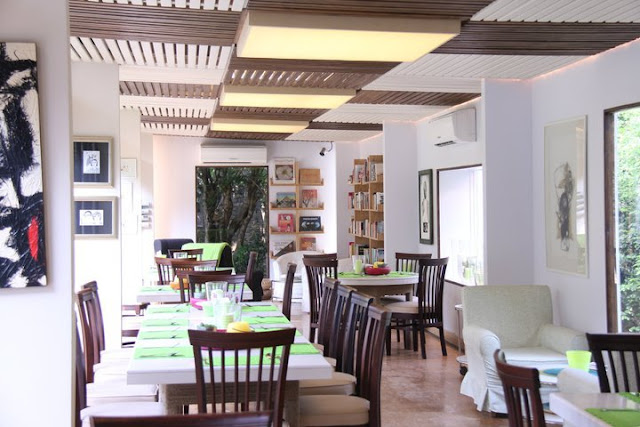 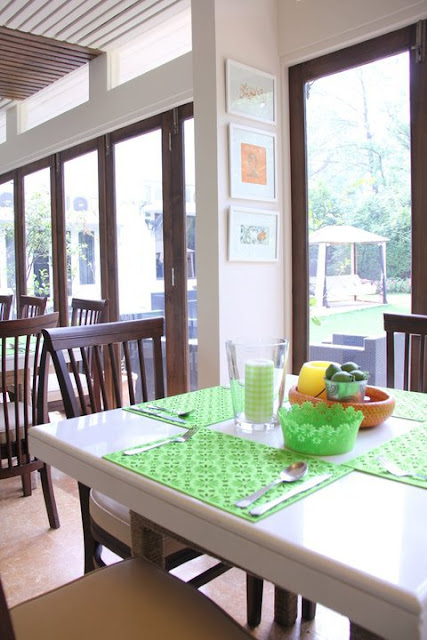 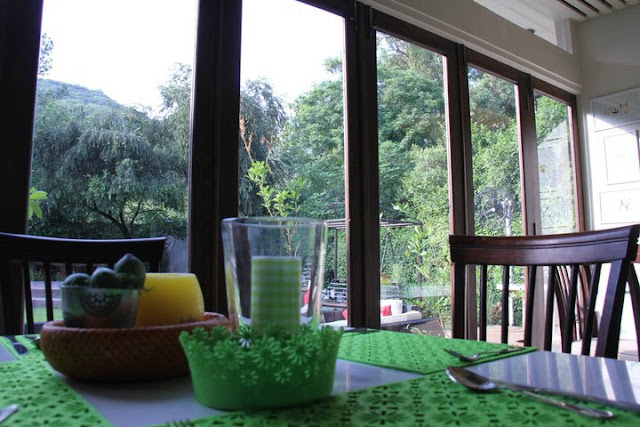 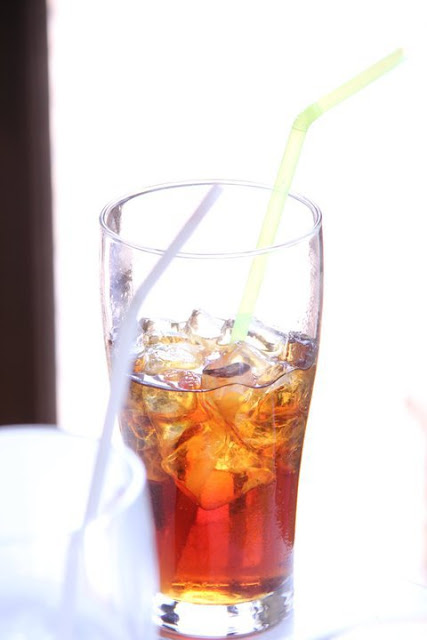 Since it was revamped, I had to drop by, not that I am a food critic, or even know how to appreciate good food; my taste buds being medieval and very boorish, it was the (racking my brain for a pretentious yet vague enough word to put in .. ah yes) ‘feel’ of the place I wanted to absorb.
The first thing that strikes you is the green. Having been called the Lime Tree, you expect a certain tinge of green. The decor is quite simple, white walls with some striking art pieces hanging on them. A couple seem familiar from the art exhibit by the NCA final year students at PNCA I went to earlier this year. The question I had in my head back then ‘who buys the art’ was duly answered.
Accompanied by friends, I enter into the what is now called the Lime Tree. For anyone who might forget, there are two signs right when you enter the main gate at KK while turning towards the Cafe. For those who might have been blind or too distracted not to notice, there's a huge and literally a huge sign right across the cafe lawn and one right by the door. Talk about effective branding.
Disclaimer: I am no food critic, nor at any time do I pretend or declare to be one.
I am greeted by a glum looking man sitting behind a table. Although the table has muffins, velvet chocolate cupcakes, strawberry pies, brownies, biscoties and freshly baked breads among other things. The baked goodies look scrumptious!  I wonder if he just hates his job or he’s just busy doing arithmetic in his brain which just leaves his face looking, for a lack of a better word - Glum. I order a couple of lemonades, tea and some bakery items and food to indulge in while we converse. The food arrives, we indulge ourselves. The lemonade is cold, with crushed ice, and a reasonable amount of lemon flavor to it. It’s lemonade, unless you are from Mars, its very hard to go wrong with it.The strawberry pie has a nice brown crust filled and a handsome filling of strawberry. The brownies just melt in your mouth, giving you a rush of sweet chocolate. The cupcakes soft on the taste buds, like fine sponge. The flavor isn't overwhelming. The double sausage ‘hot dog’ is one of the best I have yet eaten. The sausage is tender and the mayo just right. For ease of eating its cut in half and toothpicks stuck in it so the good things don't fall out the rear while your busy munching it down.
After washing it all down with lemonade, we decide to sit out side and bask in the sun for a while on the sofas by the cafe lawn.
I ask for the bill. I list out the items bought for his benefit - the glum looking waiter behind the table, apparently still doing arithmetic in his head -  mistakes it for another serving of the same. Five minutes later, instead of bringing me the cheque, he walks up carrying a tray of the drinks, which we just had.
‘No’ I say to the waiter, ‘Don't be embarrassed, to err is human.’
But he’s already turned back half way and out of ear shot.
The ambiance's is great. Right at the end, there’s a selection of books with leather clad sofa’s and coffee tables so you can sip tea while you read. With huge windows and comfortable chairs and a couple of sofa’s, there’s a lot of sunshine and the view of the green cafe lawn, and Margalla hills beyond.


Have you been to The Lime Tree? How was your experience? Let us know by commenting below!
Posted by Tehniat Aftab 3 comments: 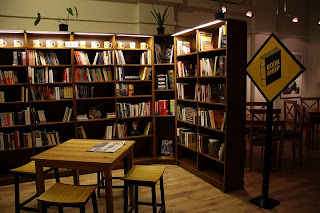 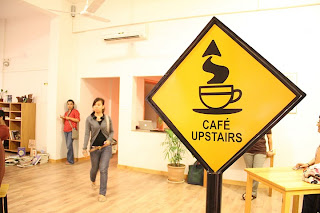 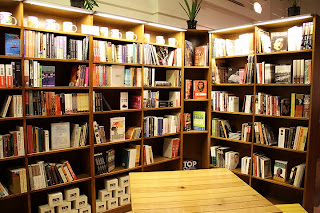 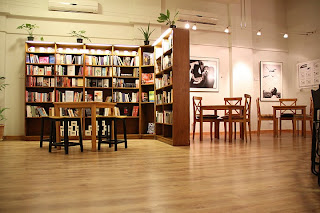 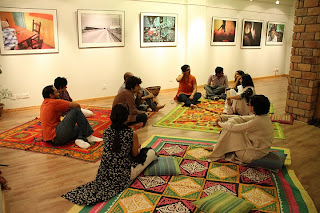 “A community space for open dialogue, T2F provides citizens with a platform for social change through rich cultural activities, public discourse, and advocacy using progressive ideas and the new media,” PeaceNiche (parent organisation of  T2F)
The thing that needs to be understood about The Second  Floor (T2F) is that it’s not just a café. Well, it is but it’s so much more, from its wealth of books and magazines, board games, puzzles  and free wi-fi, it is as so many of its patrons feel, a second home. A place where you can kick off your shoes and enjoy the great company, coffee and of course, the food!
Situated in Karachi, Defence Phase 2 (ext), the café offers reasonably priced homemade menu items, including scrumptious sandwiches: moist and juicy pepper chicken, hunter beef and “The Grilled Cheese Flying Saucer” are just a few of the options on display. While there are a variety of steaming hot beverages to choose from—from espressos to cappuccinos to hot chocolate— T2F is best known for its baked goodies.  Rich, delicious chocolate cupcakes, peanut butter cookies, oatmeal & chocolate chip cookies and banana bread. It also offers an all day breakfast – with omelet, frenchtoast, granola and milk. The café management assures us that everything in their kitchen is made from scratch and with handpicked ingredients—the coffee freshly brewed, and bread and cookies freshly baked everyday at the café.
The ambience and atmosphere of T2F is  warm, comfortable and welcoming. The café has a light, contemporary look: brown polished furniture, orange walls, and is plenty spacious. The café also features events for students and other young people to participate in and attend. There are training sessions, tabla classes, drawing and art classes, classical singing classics, photography workshops, comedy nights, karaoke nights, book launches and a whole lot more. There have been over a hundred different events and workshops at T2F: photography and design exhibitions, discussions, talks, poetry readings, musical sessions, theatre performances etc. Artists, writers and intellectuals are often found here engaged in healthy discussion and debate, writing their grand masterpieces of tomorrow or merely enjoying the ambience.
The Second Floor also features a bookstore, with over 500 books on various subjects: politics, fiction, poetry, science, art, design and novels. It also has a selection of rare comtemporary Urdu novels and poetry. One of the more interesting elements of the café is the bathroom blackboard; its purpose being to allow its customers to indulge in artistic, creative whimsy. The café also hosts its own gallery—Farrar Art Gallery—which serves as a platform for new and emerging artists & photographers.
The Second Floor is a  place for the intellectually inclined and visually arresting artists, poets and writers of today. With its good food, coffee and focus on constantly engaging healthy discussion and debate, it is exactly what the city and country need. Here’s hoping cafes in Lahore and Islamabad follow suit. It might help increase the impact of the intellectual and creative elite, if an increasing number of establishments sat up and took notice of the talent growing in their back yard.

The review was originally published here.
Posted by Tehniat Aftab No comments: