Yes I know it's been quite some time since I posted on the blog but sometimes one just becomes busy with life. After having a little virtual break thought I should get back to blogging. The Pakistan Blog Awards were held on Friday, the 23rd of December 2011. It was one grand event, though I was a little less excited this time. The first Blog Awards had more charm and excitement than this year's - but who knew what was surprises it held for me!
I entered and I was greeted by a good friend, Fariha who was also my company for the rest of the event. I saw quite a lot of familiar faces. The thing I liked in the PBA this time was that the unconferences were held seperately, hence making the event a little less boring. The event kicked off, unveiling it's grandeur. The first set of awards was given out, followed by a tea-break. I got back to the table with my cup of tea and chocolate cupcakes (which I had secretly brought with myself *winks*) when I heard the host calling us to be seated and waited for the second set of awards to begin. I was talking to a lady sitting beside me, when Fariha nudged me and told me it's the food category being announced, and my heart stopped beating that very moment. And what next, the winner was announced as The Crazy Chef - after a momentary shock of surprise, I stood up and walked all the way to the stage with wobbly legs, and a feeling that I might fall any second because of all the excitement. It was a glorious moment and one of the happiest of my life.
Thank you so much all of you for appreciating my blog and supporting me! The Crazy Chef wooooon! :D 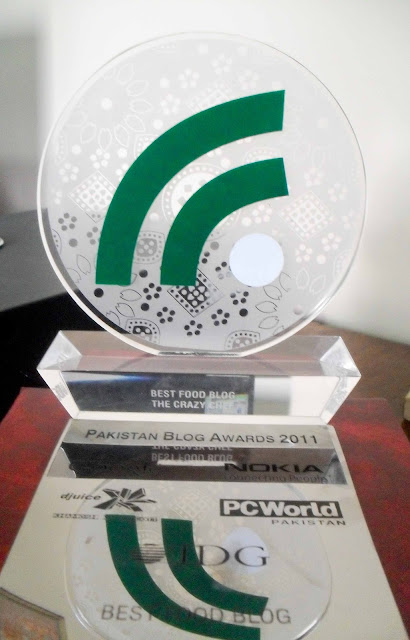 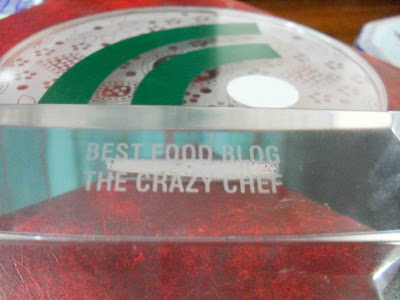 Since I am a foodie, I did not forget to take a picture of my plate full of food! The won-tons were really delicious! Unfortunately I was too full to have more than two of them. 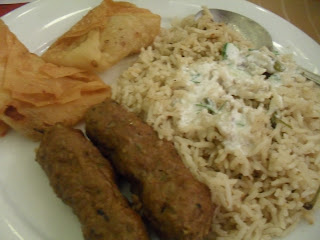