I've been trying so hard to perfect my Biryani and finally, after years of trying I finally made biryani which was liked by everyone! Not one person complained. Success!
This is a no fuss, easy recipe! For my convenience, I used commercially available biryani masala, but you can use your own homemade masala if you prefer. 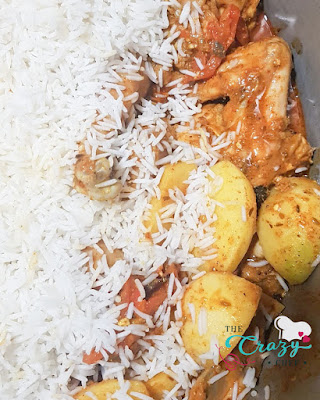 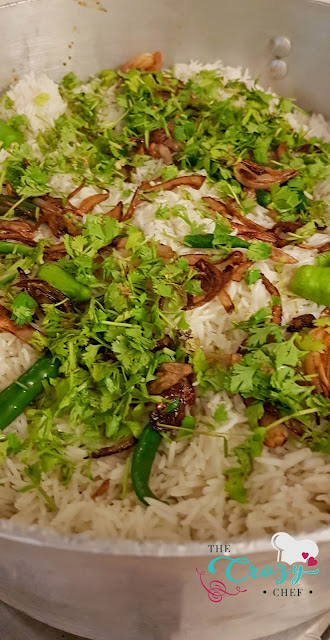 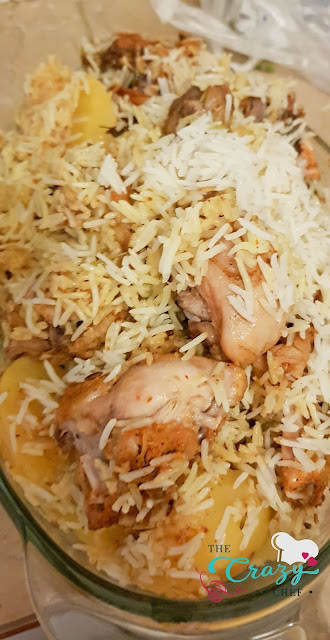 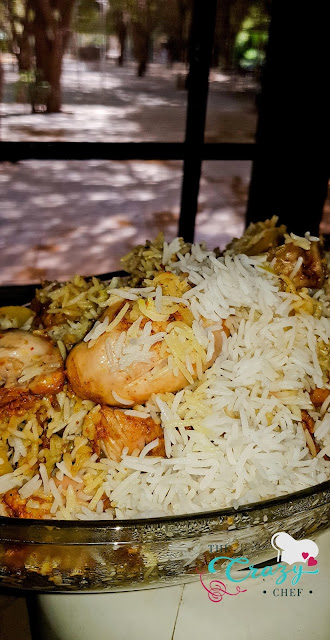 Mix yogurt, tomatoes, potatoes, biryani masala in the chicken and let it marinate for half hour. Till that time, thinly slice the onions and fry them, in half cup oil till golden brown. Reserve the onions and oil for later use.
In a large pot of boiling salted water, boil the rice till half done, for about 3-4 minutes. Drain once done and keep aside.
In another pot, add oil and fry the chicken and potatoes for about 5 minutes. In the same pot, start with the layering. Add the rice, 1 cup water, yellow food coloring, coriander, green chilies and fried onions. Also drizzle the leftover oil from the onions on the rice. Now tightly close the lid of the pot, by either covering with two layers of newspaper or simply sealing it with kneaded dough. Put the flame on the lowest, place the pot on a 'tawa', give the biryani 'dum', (steam) for at least 45 minutes.
So so easy and no fuss, no labor in browning the onions and tomatoes and cooking the chicken!
Serve hot with raita!

*Use room temperature chicken.
*Do NOT open the lid in the 45 minutes.